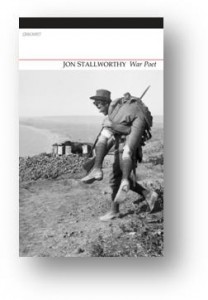 Jon wrote his first poems during schooldays shadowed by the Second World War and a mother’s memories of a brother and friends killed in the First. At school, too, he was introduced to the poems of Wilfred Owen, whose biography he would later write, and to those of others who would be represented in his Oxford Book of War Poetry (1984, 2nd edition 2014).

Jon Stallworthy attended Magdalen College, Oxford, where he won the Newdigate Prize of Poetry. A Fellow of the British Academy and of the Royal Society of Literature, he is a Professor of English Literature at Oxford. His biography of Wilfred Owen won the Duff Cooper Memorial Prize, the W. H. Smith Literary Award, and the E. M. Forster Award of the American Academy of Arts and Letters. 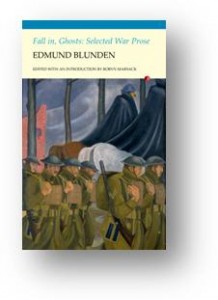 Edmund Blunden moved among the ghosts of the Great War every day of his long life, having survived the battles of Ypres and the Somme. His classic prose memoir, Undertones of War, and his early edition of Wilfred Owen’s poems were just two examples of the ways in which he sought to convey his war experience, and to keep faith with his comrades in arms. His poetry is suffused by this experience, and he was haunted by it throughout his writing life, as the men with whom he had served gradually joined the ranks of the departed.

Edmund Blunden (1896-1974) was born in London. He received his commission in 1915 and served throughout the war, earning the Military Cross and, unusually, evading physical injury. Returning to Oxford in 1919 he became a close friend of Robert Graves and later Siegfried Sassoon. He went on to a long and successful literary and academic career, including positions as Professor of English at the Universities of Tokyo and Hong Kong, Assistant Editor of the Times Literary Supplement and Fellow of Merton College, Oxford. In 1947 he was part of the British liaison mission to Tokyo. He died at home in Suffolk in 1974.