We want to draw your attention, and extend an invitation to

Celebration for the life of Andy Thompson

We hope you’ll be able to join us for a celebration of his remarkable life and legacy. No RSVP needed.

Thank you for the wonderful memories you have shared about Andy. If you have photos of him, we’d love you to share them here.

Celebration for the life of Andy Thompson

We’re continuing to collect donations in his memory to support Baraka Community Partnerships to deliver education projects in Zambia.

We have created this page in remembrance of our friend, Andy Thompson, who died suddenly on 7 May 2022.

We welcome any contributions in the form of your memories or photos of Andy sent to mikewpa1@gmail.com and they can be added to this page 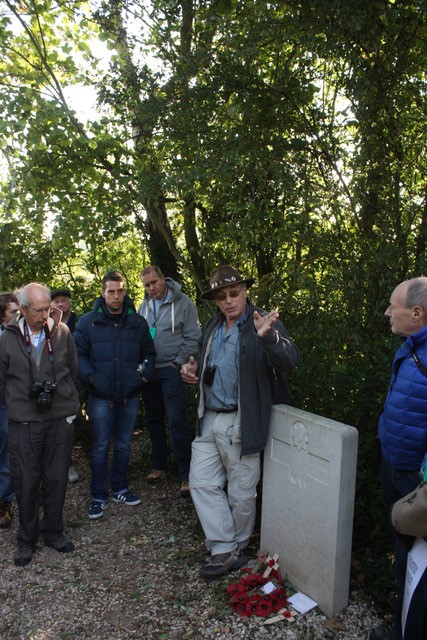 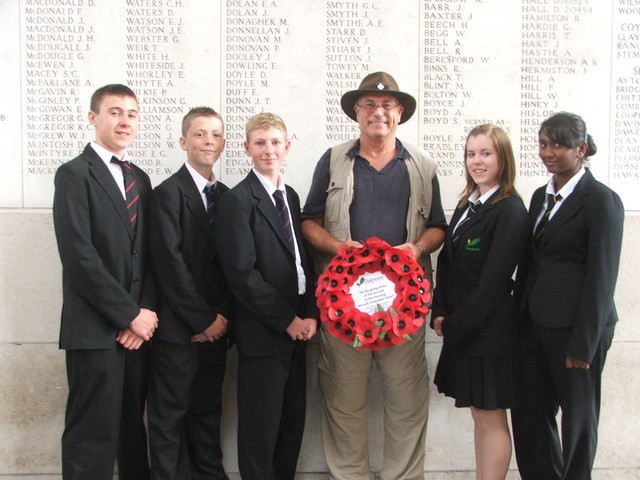 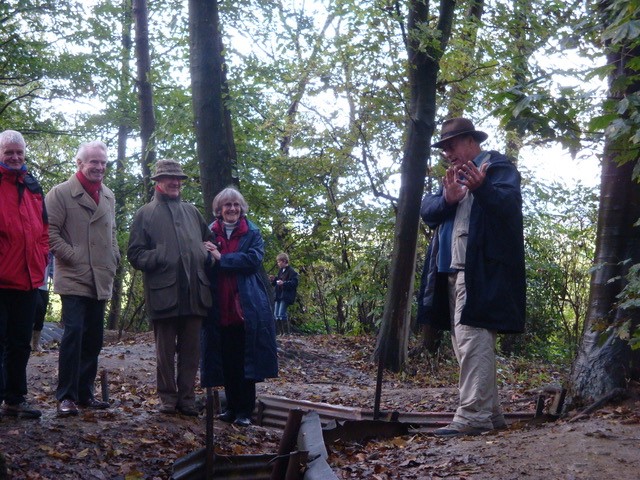 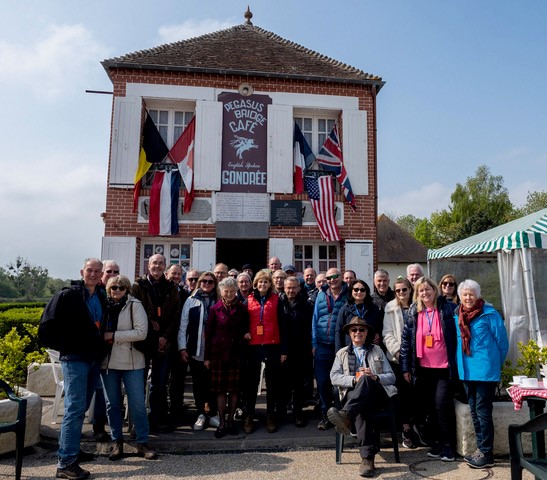 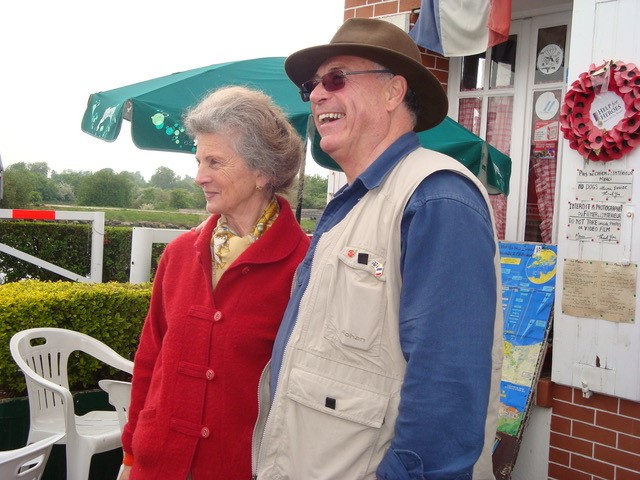 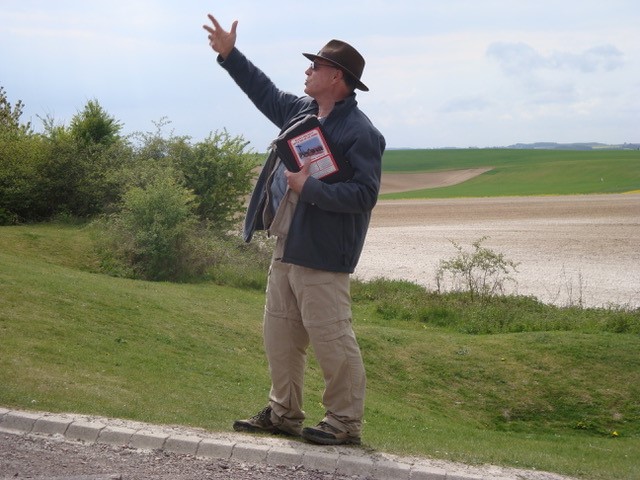 Andy was an extraordinary personality – an outstanding balance of warmth, immense energy, great knowledge and the ability to share his knowledge clearly and effectively, at the same time as he encouraged enquiry and enabled others to share their own knowledge. A truly charismatic personality, with a real interest in those around him as well as the significance of the information that he shared with his audience. This might be schoolchildren or adults, with military or literary interests, all of them drawn in by his explanations and ability to work well with specialist contributors on any trip, at any relevant site.

I first encountered him at the Canadian memorial at Vimy Ridge, very clearly a schoolmaster telling his teenage pupils why this place was important and what they should understand about the site and the men who fought there. As they scattered to investigate the site, he and I started talking and I understood at once what an able, energetic and far-sighted teacher he was.

That early encounter was a tremendous bit of good luck for me, for he immediately took a historian’s interest in my own reasons for being there that day – and despite the complexity and demands of his work as teacher and head-teacher at  large school, he was quick to pick up on the particular interests of literary societies in relation to the First World War. More than once over several years I had the good fortune to see him helping a somewhat reluctant battlefield visitor to understand what happened there, who was involved and why the site was significant, creating an enduring interest in the site for the modern traveller.

It was lucky timing in other ways too, for at the time it was not easy to follow in the footsteps of poets of the First World War – some, such as Wilfred Owen, Siegfried Sassoon, Robert Graves and Edmund Blunden, were well known for their memoirs and poems relating to their war experience, but many more figures were much less well-known at that time – the early 1990s – than they are now. That includes writers such as Isaac Rosenberg or Edward Thomas, both killed in the war, or survivors like David Jones; Andy’s help was invaluable in designing and managing tours when today’s poets could visit sites linked to their literary forebears.

Andy became a good and much-valued friend, a fine blend of practical knowledge with a true gift in sharing it. And always on a tour, he emphasised the individual contribution in each case, alongside their specific experience of their war. This attitude and understanding were applied to famous figures and otherwise unnoticed individuals alike, a visitor’s forebear, or a nameless grave: small and large-scale events balanced and interpreted together.

His approach and skills in guiding were striking and truly impressive; and I observed many times how this literary angle became a valuable part of his tours across the landscapes of war. His presentation and individual understanding were a tremendous gift to very many people, including literary scholars of the period who found great rewards and further understanding in exploring battlefields with him.

His teaching experience was constantly visible, in the patient organising and listening alongside the set-piece explanations; a warm and resonant voice brought instant attention, inside a coach or across an old battlefield – and he was particularly skilled at knowing how to pitch a joke, a literary extract or piece of unexpected information. He will be very greatly missed.

Andy Thompson sent me a postcard, it was his wont to do so whenever he had some matter to pass on. I have always treasured it. The card depicts a wheelbarrow set amidst those rows of tombstones over the luscious green sward of a cemetery. Probably one of the ones we visited with him during our tours of the Somme.

I mention this card as my abiding memory of Andy will always be of him leading us off the coach, and into a cemetery. Then he would provide us with a focal point with which to commence our visit.
Rightly, he will be remembered for his outrageous anecdotes which he would supply us with whenever we had become overwhelmed by the scenes of the battlefield. And whenever the universal mood drifted into a prolonged solemnity.

From his story of the lady at a dance with the fur-lined dress; to his furtive methods of carrying relics of ordinance over the border.

He had an anecdote for every occasion.

The provision of boxes of condoms for the troops. Another, was of a sergeant directing traffic of supplies and marching men at a crossroads at Arras.

Andy gave demonstrative displays of life in the trenches. With the three second rule: where soldiers gathered in huddles for a draw upon a cigarette after dark. The third man would flinch from the shot of a sniper.

I particularly admired Andy’s genuine warmth. How many tour guides would think to bring to our attention the efforts of our hosts?

He would call the proprietor out of the kitchen to present them to us. As he did unto the lady who organised a simple lunch of frites at Auchonvillers, or, the couple who run the Ulster Tower.

I am eternally grateful to Andy for allowing me the honour of reading one of my poems where we stood within the bounds of a cemetery – it remains a highlight of my career.

Each tour he led was always profoundly memorable, so much so that he more or less defined those centenary years with the visits to the Somme and Flanders.

I sincerely hope we can honour his memory with subsequent visits and tours.

We just wanted to  express how compelling and immersive an experience we always had with Andy on WPA Tours, from our first in 2005 to the final Centenary tout in 2018. In 2005, I recall how he described Wilfred Owen’s experiences in the winter at La Signy Farm; it was a sunny October day, but Andy set the scene so vividly that I could picture Owen’s intense discomfort. In addition to his gifts as a Guide, Andy always managed to create a convivial atmosphere, which made the tours enjoyable as well as fascinating, .It is a tribute to him that so many participants had become “regulars”