Isaac Rosenberg’s poems, such as ‘Dead Man ‘s Dump’ and ‘Break of Day in the Trenches’, have been included in every significant war anthology and have earned him a place in Poets’ Corner in Westminster Abbey. Rosenberg lived with his Jewish immigrant family in the East End of London and was obliged to leave school at fourteen to earn his living as an apprentice engraver. He snatched spare moments for drawing and writing, meeting his friends like the painters Mark Gertler, David Bomberg, and the poet John Rodker, at the Whitechapel Library and Art Gallery in the evenings. Afterwards they walked the streets discussing art and literature, pausing under lamposts to read their poems. Some wealthy Jewish ladies enabled him to study at the Slade School of Art with Bomberg and Gertler; and other students such Stanley and Gilbert Spencer, C W Nevinson and Dora Carrington. He showed promise as a painter but struggled to make a living, and in 1913 he visited his sister in South Africa to improve his health and earn some money. War was declared while he was there. In spite of family pressure to stay, he came home in 1915 and, unable to find work, enlisted as a private soldier, ending up in the Kings Own Royal Lancasters. 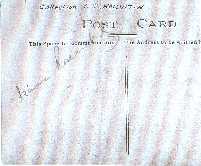 He wrote, ‘I never joined the army from patriotic reasons. Nothing can justify war. I suppose we must all fight to get the trouble over… I thought if I’d join there would be the separation allowance for my mother.’ His poverty, education and background made him an outsider, yet it was just that experience which equipped him to cope with the unforseen horror of war in the trenches, ‘I am determined that this war, with all its powers for devastation, shall not master my poeting.’ He served on the Western Front from 1916 until his death on night patrol in April 1918.

It was astonishing that as a private soldier he managed to write anything at all, yet he sent home poems on scraps of paper that were among the greatest of the war. His best work is remarkable for its ambition, its largeness of vision combined with a painterly, sensuous response to physical detail, splendid and sordid. 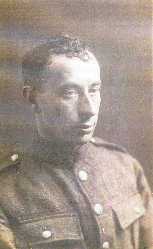 Burnt black by strange decay
Their sinister faces lie
The lid over each eye
The grass and coloured clay
More motion have than they,
Joined to the great sunk silences.

Sombre the night is.
And though we have our lives, we know
What sinister threat lurks there.

Dragging these anguished limbs, we only know
This poison-blasted track opens on our camp
On a little safe sleep.
But hark! joy-joy-strange joy.
Lo! heights of night ringing with unseen larks.
Music showering our upturned list’ning faces.

Death could drop from the dark
As easily as song­ –
But song only dropped,
Like a blind man’s dreams on the sand
By dangerous tides,
Like a girl’s dark hair for she dreams no ruin lies there,
Or her kisses where a serpent hides.

From RETURNING WE HEAR THE LARKS, 1917

The War Poets  Association is indebted to Isaac Horvitch, Isaac Rosenberg’s nephew, for supplying the images used on this page and asking Jean Liddiard to write this short biography especially for the Associations’s website.