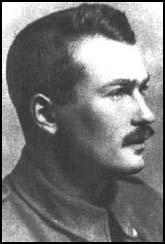 Richard (christened Edward Godfree) Aldington grew up in Kent, the son of a solicitor. He attended Dover College for a time. The family moved to London in 1909 and Aldington began an undergraduate course at University College London in 1910, but had to abandon it less than a year later because of his father’s financial problems. Determined to make his living as a writer, Aldington worked as a part-time sports journalist and wrote poetry, publishing it where he could; but in 1912 he met the American poets Ezra Pound and H.D. and a another English poet, Frank Flint, with whom he founded Imagism. He contributed to a series of Imagist anthologies, first edited by Pound and subsequently by the American poet Amy Lowell, as well as publishing his own volume, Images 1910-1915. Aldington and H.D. married in 1913.

Aldington was assistant editor on the journal The Egoist for three years, but was conscripted in June 1916 and served with the 11th Leicestershires (a pioneer regiment) on the Western Front until mid 1917. He returned to England to train as an officer and was commissioned in the 9th Royal Sussex Regiment, returning to the Front in April 1918. He finished the war as a signals officer and temporary captain, being demobilised in February 1919.

Aldington composed two volumes of poetry during his active service, Images of War and Images of Desire, but perhaps the most powerful of the poems to come out of his war experience were those that dealt with the difficult years of recovery, Exile and Other Poems, published in 1923. At the end of the war his marriage collapsed and he struggled to re-establish his literary career. In 1929 he published his best-selling novel, Death of a Hero, a grimly realistic portrayal of his war experience and a savage attack on those he saw as having been responsible for the war. Its success allowed him to leave England and he never again made it his home, living mainly in France, and, during the Second World War, in the United States. A collection of short stories about the war, Roads to Glory, appeared in 1930.

Aldington wrote a further seven novels and continued to write poetry until 1937, but became better known as a critic, translator and biographer. His biographies of D.H. Lawrence, Norman Douglas and particularly of T.E. Lawrence (in 1955), made him a controversial figure. His memoirs, entitled Life for Life’s Sake, appeared in 1941. He died in France in 1962, after a triumphant visit to the Soviet Union, where his novels were highly regarded. He left one daughter, Catherine, the child of his second marriage; she died in 2010.

Aldington’s two years’ experience as a combatant had an enormous influence on his subsequent writing. His war poetry carries the signs of his Imagist background. Mostly in free verse, highly sensuous and realistic but often discursive in manner, it is a candid portrayal of war as experienced by a sensitive man with a passion for beauty.

Four days the earth was rent and torn
By bursting steel,
The houses fell about us;
Three nights we dared not sleep,
Sweating, and listening for the imminent crash
Which meant our death.

The fourth night every man,
Nerve-tortured, racked to exhaustion,
Slept, muttering and twitching,
While the shells crashed overhead.

The fifth day there came a hush;
We left our holes
And looked above the wreckage of the earth
To where the white clouds moved in silent lines
Across the untroubled blue.

www.imagists.org (the web-site of the International Richard Aldington and H.D. Societies)