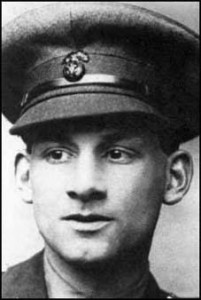 Siegfried Sassoon was the product of two very different cultures, his Jewish father’s family of merchant princes from Baghdad and his English mother’s Thornycroft farming ancestors, turned sculptors, painters and engineers. The second of three sons, he grew up in rural Kent, where his father abandoned the family before Siegfried was five, dying four years later. After a late entry into the school system Siegfried failed to complete his formal education at Cambridge, devoting himself instead over the next seven years to poetry, horses, cricket and golf. He was also coming to terms with his homosexuality, in an age which criminalized it.

When War was declared on 4 August 1914 Sassoon had already enlisted enthusiastically, first as a trooper in the Sussex Yeomanry, later transferring to the Royal Welch Fusiliers in May 1915. The death of his younger brother in the Dardanelles in November 1915, his departure for the Western Front and his meeting with Robert Graves in France were significant factors in his changing attitude towards the War. Initially a fervent patriot writing in the vein of Rupert Brooke (see ‘Absolution’ and ‘To My Brother’), by the time his first collection of war poems, ‘The Old Huntsman, was published in May 1917 his tone had become predominantly angry, his style largely satiric, establishing him in poems like ‘Blighters’, ‘The One-Legged Man’ and ‘They’ as one of the most influential and historically important poets of the First World War.

Despite his courageous, at times almost foolhardy, acts in the face of danger, which won him a Military Cross and the nickname ‘Mad Jack’, Sassoon’s opposition to the War hardened even further as he witnessed first the Battle of the Somme in July 1916, then the Battle of Arras in April 1917. It was while convalescing from a wound received in the latter and in close contact with Lady Ottoline Morrell and her pacifist circle that he made his famous anti-war protest, which was read out in Parliament in late July 1917 and published in The Times the following day.

Committed to a shell-shock hospital, Craiglockhart, in an attempt to silence him, Sassoon was brought into contact with Wilfred Owen, whose poetry was deeply affected by the encounter. He also met there the eminent psychiatrist Dr Rivers, who persuaded him to return to the fighting. After a few months in Palestine with the 25th Royal Welch Fusiliers, Sassoon arrived back in France in April 1918. Promoted to the rank of Captain, he commanded his Company until July 1918, when he was wounded in the head while holding the trenches in front of St Venant.

Sassoon’s return to England coincided with the publication of his second collection of war poems, Counter-Attack, which contained many of his most effective satires on the war-mongers, including ‘Base Details’, ‘Does It Matter?’, ‘The Glory of Women’ and ‘The General’:

When we met him last week on our way to the line.
Now the soldiers he smiled at are most of ’em dead,
And we’re cursing his staff for incompetent swine.
‘He’s a cheery old card,’ grunted Harry to Jack
As they slogged up to Arras with rifle and pack.
*          *          *
But he did for them both by his plan of attack.

In this poem the anger is focused on those most directly responsible for the soldiers’ fate. The germ of this brief but highly effective satire seems to have come from an incident in Sassoon’s journey to Arras, when his regiment, the 2nd Royal Welch Fusiliers, had passed their Corps Commander, Lt.-Gen. Maxse. In the poem the unsuspecting soldiers’ praise of their General’s bluff heartiness is contrasted starkly with the results of his incompetence, just as his speech is contrasted with the soldiers’ cheerful slang. The use of generic names – ‘Harry’ and ‘Jack’ – which both personalizes and depersonalizes them, and the General’s breezily repeated greeting, together with Harry’s ironic comment and the brutal ending, convey the situation far more vividly than a more discursive piece. The colloquial ‘did for them both’, which follows unexpectedly on what appears to be the concluding rhyming couplet, is all the more shocking for its euphemism. It is even more effective than Sassoon’s original ‘murdered them both’, to which several of his mentors had objected.

The War had really ended for Sassoon when he left France in July 1918, though technically he remained in the army on indefinite sick-leave until 11 March 1919, when the London Gazette announced his retirement. He later objected to being known mainly as a war-poet, but he was endlessly to recycle the material which had initially made his name. Less than a decade after the publication of Counter-Attack he would return to the War for a prose trilogy which was to consolidate his fame: Memoirs of a Fox-Hunting Man (1928), Memoirs of an Infantry Officer (1930) and Sherston’s Progress (1936). And when that was completed he returned to the same material for the third time in his three-volume autobiography, The Old Century (1938), The Weald of Youth (1942) and Siegfried’s Journey (1945). Significantly, a fourth volume, not based on his War experiences, was left unfinished. As though caught in a time warp, Sassoon seems to have had a compulsive need to re-live that particular part of his life in his work.
It might be argued that the War both made and unmade Sassoon. As a young man determined to be a poet but with no clear sense of direction, it had given him a subject as well as the experience and passion to turn that subject into memorable verse. And as a mature writer who appeared again to have lost a sense of direction, the War provided the way forward in his fictional and autobiographical prose trilogies. When that material was finally exhausted, however, so too was Sassoon’s creative impulse. A failed marriage and increasing loneliness, exacerbated by the departure of his only child, George, for school and university, led him eventually to the Roman Catholic Church. There, in his last decade, he found a new subject for his poetry and a tranquil end to his turbulent life.

Bibliography: Works by Siegfried Sassoon (in order of publication)