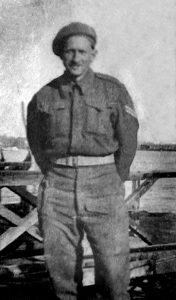 Randall Carline Swingler was born in Aldershot, where his father was assistant curate. One grandfather was an iron-master and the Deputy Lieutenant of Derbyshire. The other was a Colonel in the Seaforth Highlanders and the Madras Artillery. His uncle and godfather was the Archbishop of Canterbury, Randall Davidson.

Swingler was educated at home until he was ten, followed by prep. school in Sussex and an  Exhibition to Winchester, where he gained a reputation as a runner, flautist and poet. In 1928 Swingler went to New College, Oxford to read Literae Humaniores. He won a running Blue, joined the University Climbing Club, and played in the Oxford Orchestral Society and the Oxford Opera Club Orchestra.

After a brief religious crisis, Swingler left Oxford to teach in London. He occasionally deputised with the LSO and for a while considered a career as a professional flautist. In 1933 he married the concert pianist Geraldine Peppin, for whom he wrote Poems (1932). Living in London, Swingler began to examine the society in which he enjoyed such a privileged position and to question the social purposes of poetry. His second collection, Reconstruction (1933) was an emotional and political response to London, and a renunciation of the Georgian landscapes of his early poetry. Reconstructing himself as a poet of the modern city, Swingler exchanged the influence of Robert Bridges for the manifesto manner of Auden, a brief experiment that produced the widely acclaimed Difficult Morning (1933).

He edited the magazine Left Review, where he published Nancy Cunard’s Authors Take Sides on the Spanish War, and by the end of the decade was the literary editor of the Daily Worker. He was commissioned to write a new version of Peer Gynt for the Group Theatre (where he was assistant editor of the Group Theatre Magazine) and he wrote several plays for Unity Theatre, including the Mass Declamation Spain, the Munich-play Crisis and revues like Sandbag Follies and Get Cracking. In 1938 he launched his own paperback publishing company, Fore Publications, selling half a million books series in the first twelve months. He and the composer Alan Bush wrote Peace and Prosperity for the London Choral Union, and a radically re-written production of Handel’s Belshazzar for the London Co-operative Movement. Together they edited the Left Song Book for the Left Book Club, and in 1939 they organised the Festival of Music and the People, including an Albert Hall pageant written by Swingler and starring Paul Robeson, and the premier of Britten’s Ballad of Heroes, for which Swingler and Auden provided the libretto.

Called up at the end of 1941, Swingler spent seven months at Catterick Camp, training as a wireless operator. MI5 (who had opened a file on Swingler in 1936) were determined to prevent him applying for a commission, but Swingler was not interested in becoming an officer. He wanted the anonymity of the ranks, to share the common soldier’s experience of fighting Fascism.

In September 1942 the 56th Divisional Signals sailed to India and Iraq, where they were to support the Red Army in the Caucasus. When it was clear that the German drive south had been stopped at Stalingrad, they travelled through Palestine and Egypt to Libya, joining the Eighth Army at Enfidaville and the last battle for Africa.

A few months later the Allied invasion of Italy began at Salerno, in September 1943. Swingler was in one of the first parties ashore, and was in almost continuous action for the next twenty months, fighting all the way to Gradisca on the Yugoslav border. He took part in heavy fighting on the Volturno and Garigliano rivers, at Monte Camino (where he was buried alive for several hours), on the Anzio beach-head, at Castelforte, on the Germanno and Coriano ridges, at Rimini, on the Senio Bulge and the River Po. For his part in the battle of Lake Commachio, Corporal Swingler was awarded the Military Medal for bravery.

After the War, MI5 prevented Swingler working in Army Education and at the BBC. Orwell included him in the list of names he supplied to the security services in 1949. Swingler edited the magazines Our Time, Arena and Circus. He left the Communist Party in 1956 and was on the editorial board of The New Reasoner; later he was on the founding board of New Left Review. He died from a heart-attack in 1967.

The poems that Swingler wrote about the War in North Africa and Italy were published in  The Years of Anger (1946) and The God in the Cave (1950). These poems tell the story of the longest and bloodiest campaign of the Second World War in the West, recorded, uniquely, from the point of view of the ordinary soldier, in uniform, on the move, in the front line, all the way up through the mud of Italy to VE Day Only a few writers – Alexander Baron, Konstantin Simonov, Ilya Ehrenburg, Boris Slutsky, Vasiliy Grossman, Louis Aragon, Hamish Henderson – may be said to have written about the war with such vivid and memorable power. Influenced by the poetry he had been able to read during the campaign – Aragon, Vercors, Euripides and Homer – the poems also drew on Edward Thomas, John Cornford and the Nonesuch Blake which he carried with him. 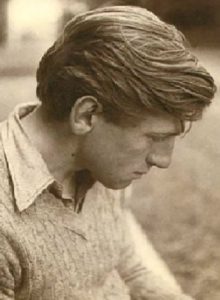 There is a kind of Homeric quality to these poems. They are neither flag-waving nor hand-wringing, celebrating the brutal masculinity of the common fighting man, but acknowledging the shared suffering and the loss of personality required to fight a necessary war; asserting the genuinely heroic nature of the war to liberate Europe but testifying to the degradation of human values which it demanded. One of Swingler’s most important poems is ‘Briefing for Invasion’, written in North Africa in September 1943, on the eve of the Salerno landings:

To-morrow, he said, is fixed for death’s birthday party,

A gala show on the beaches, and all invited,

Fireworks and aerobatics and aquatic diversions;

To-morrow you can be sure of a grand reception.

At o-four hundred hours when the night grows sickly

And the sand slips under your boots like a child’s nightmare,

Clumsy and humped and shrunken inside your clothes

You will shamble up the shore to give him your greeting.

Not all those present will shake him by the hand

But none will pass on without looking into his face;

A world has laboured for this supreme occasion.

Over your heads and over all crouching Europe

The sky will be lashed with sounds too huge for hearing

But to some listening inland it will seem like

The great inarticulate word Freedom howled by the dead.

Your skull will be filled with the hoarse breathing of death

And the gossip and chatter of all his ghostly devices,

And the air canopied with a charnel smell.

And when the white sun retches across the land

The ships will litter the sea like deer at grazing.

But other and pitiful litter along the shore

The catspaw waves will lick and leave like vomit.

O love! is it worth it? And are the dead rewarded

With a bearer bond on history’s doubtful balance?

And is the loss redeemed by a sunset glory

A sweet transfusion of blood to a new-born world?

No, it will never be worth it, nor the loss redeemed.

The dead die hideously and there is no honour.

The blood that runs out in the sand can only embitter

The violence of a fate that is still unmastered.

Even though some should slip through the net of flame

Won’t they be dumb, sealed off by the awful vision?

Or should they speak, would anyone ever believe?

Only this pride we have, both now and after,

Because we have grasped the fate ourselves created,

And to have been the centre of contradiction

And not to have failed, and still to have found it hateful.

Andy Croft, The Years of Anger: The Life of Randall Swingler (Routledge, 2020)